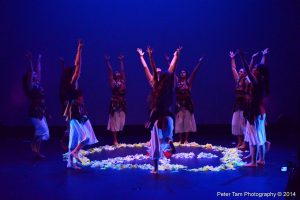 REFUNDS: There will be no refunds issued after enrollment is processed for the Spring 2022 semester.

RETURNING STUDENTS: We do not offer automatic re-enrollment from fall to spring. To enroll in a class, you must pre-register for each semester. Thank you.

Class age restrictions are enforced. When you register for a class, an email confirmation will be sent to you from activityhero.com. You will not receive a call from us unless there is a problem with your registration or the class is full.

Asterisk (*): Classes with an asterisk require placement/audition. Students interested in auditioning for Grrrl Brigade or Jr. Grrrl Brigade should contact Fredrika at Fredrika@dancemission.com. Students interested in Modern technique placement should contact Bianca at Bianca@dancemission.com. Note that auditions will be held in the first 2 weeks of the Spring semester.

SATELLITE SPACES: Some classes are located at our satellite spaces at:

This class explores the joy of movement while improving balance, coordination and motor skills. Children will learn the flow and basics of being in a dance class: warming up, dancing across the floor, focusing and following direction. Each one of our teachers has their own personal approach to teaching this introduction dance class. Children are encouraged to perform in our recital at the end of the semester, but have the option to opt out of this portion of our program.

This class is a fusion of Modern dance and ballet. Students will learn the basic positions of ballet, become acquainted with working at the barre, and express themselves through contemporary dance movement.

This class teaches Modern technique with Jazz influences. Students will learn the basics of ballet, work toward creating a strong technical Modern base, and learn Modern Jazz choreography. Modern Jazz I & II are the pre-requisite classes for trying out for the Jr. Grrrl Brigade.

Students will learn Modern technique form and positions, train and perfect form and foundation at the center and do across the floor movement. Emphasis is on staying focused and strengthening technique.

This class is for Grrrl Brigade and Jr. Grrrl Brigade members. Students with extensive Modern experience may also audition on the first day of class. This class focuses on strengthening technique and is designed to support and improve student’s dance vocabulary and expression.

Our hip-hop classes are taught through movement across the floor and choreography. Students are also encouraged to create their own choreography in class as well. This class is designed to build confidence, coordination and skill through the art of dance.

These classes teach a fusion of Belly Dance and Salsa, as these forms of dance have some similar isolations and movements of the hips & torso. Students are taught to isolate throughout their entire body, move with fluid and staccato quality, and perform with flare!

Taiko is an expressive form of Japanese drumming. In this class students are taught several powerful rhythms and movements. Taiko I & II are the prerequisite classes to trying out for Jr. Grrrl Brigade Taiko.

Dance Brigade’s Youth Program’s goals are to provide high quality dance classes to the children of San Francisco in a non-competitive, socially aware environment. We believe that the arts enrich the life of the student and family and builds community through cultural awareness. Our students are encouraged to become technically proficient and at the same time build self-esteem, cooperation, leadership skills AND HAVE FUN! We also provide wonderful performing opportunities and all children are encouraged to perform. In order to achieve these goals we provide financial aide and scholarships to insure the most culturally and economically diverse attendance. We ask the parents to respect the financial aide opportunity and to donate generously to the program if a family is financially able.

Our youth program and the Grrrl Brigade are sponsored in part by The Kimball Foundation, Sam Mazza Foundation, Walter & Elise Haas Fund, The San Francisco Foundation, The Bothin Foundation and Crescent Porter Hale Foundation, our generous families and the in-kind donations of our talented staff. 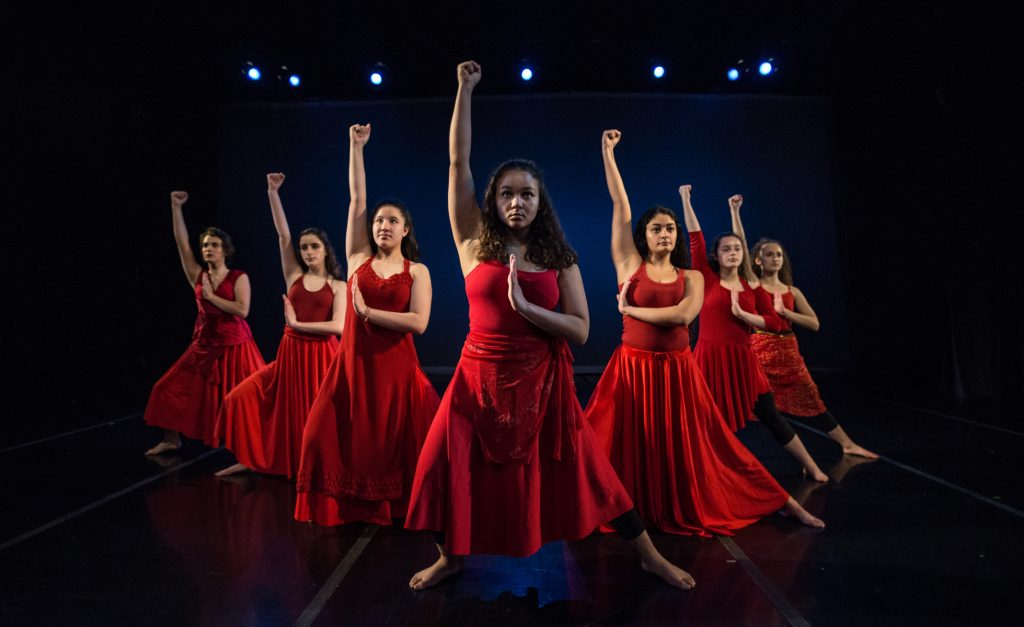 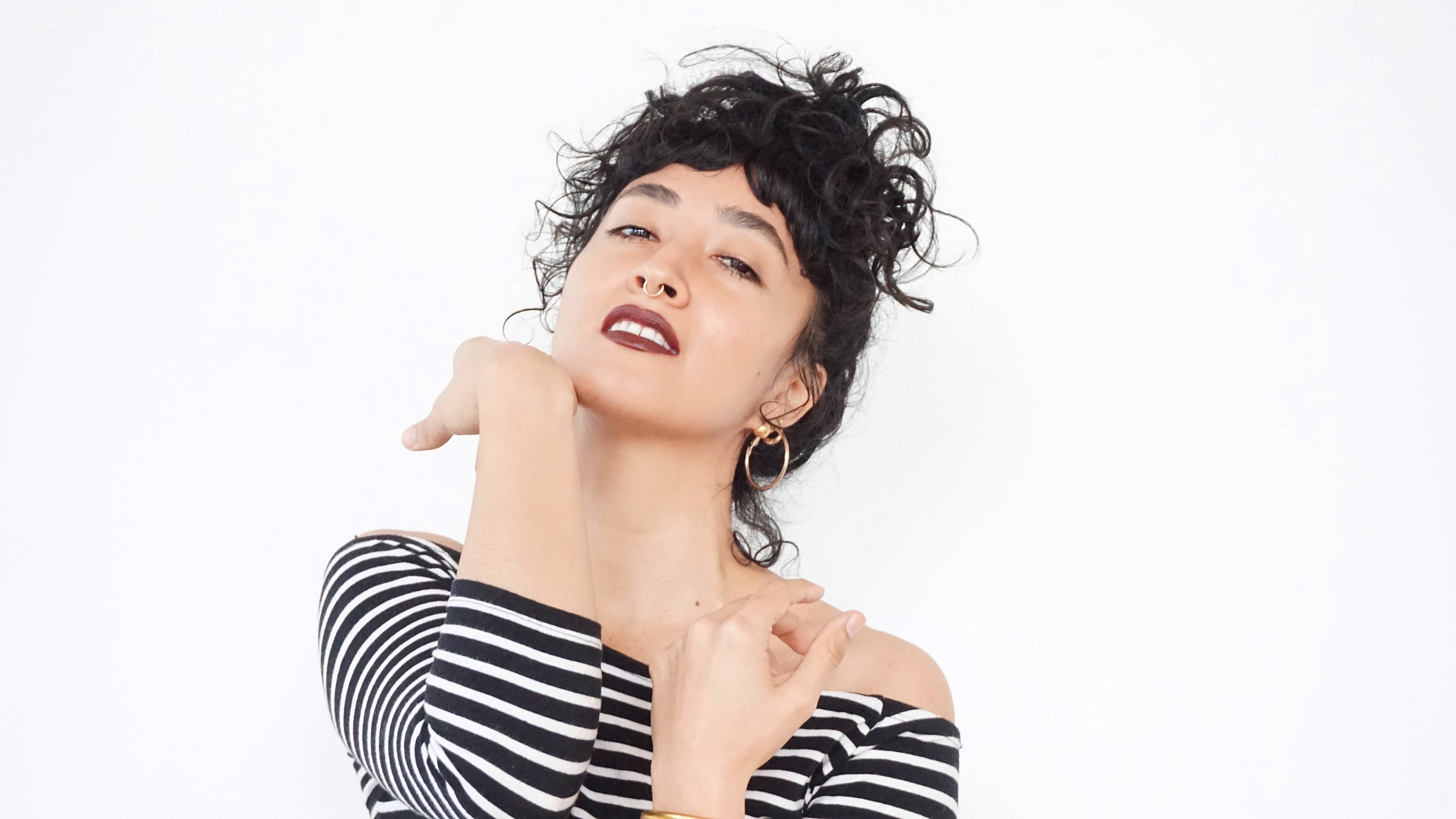 
Bianca Stephanie Mendoza was born and raised in the San Francisco Bay Area where she began her training in classical ballet with Principal dancers of the San Francisco Ballet; Carmela Zegarelli Peter and Zoltan Peter.  Bianca was accepted into the BFA dance program at the California Institute of the Arts which was proclaimed the United States number one art school in 2012. In her time at CalArts, Bianca was trained in various dance techniques by various well renowned artists which included Colin Connor; Limon Company director, Andre Tyson; original Alvin Ailey company member, Cynthia Young; of the San Francisco Ballet and more alike.  Now Bianca is the artistic director, creator and choreographer of her very own dance company entitled Binki Danz founded in 2013 which focuses on political, economic, racial, and gender subjects that threaten our human rights.  A Latin American feminist, Bianca has shown works across the United States that personify her views on these topics such as Jonnek’a Nok, a solo which was accepted to go to the American College Dance Festival in Champagne, Illinois in 2010, as well as Loaded Yoke a piece Bianca choreographed which was chosen to go to Walt Disney’s REDCAT Theater in Los Angeles in 2012.  Bianca’s piece Colloquy was accepted into Dance Missions D.I.R.T festival in San Francisco in 2015 and her work My Self was invited to be part of the West Wave Dance Festival 24 in 2016.  Bianca moved to New York in May of 2017- May 2018 to study dance abroad and performed in New York’s Winter Follies with her piece entitled Clitterfly.  Bianca is currently dancing and choreographing at Dance Mission and with Krissy Keefer’s Dance Brigade Company where she has assisted in their latest work The Butterfly Effect. Bianca is a Latinx American feminist, choreographer, dancer, writer and artist. 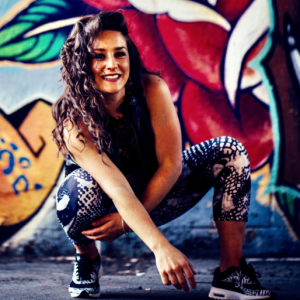 
Fredrika is a Hip Hop, Ballet, Contemporary and Traditional Japanese Taiko drumming teacher. She is currently a member of Dance Brigade And Alayo Dance company. Born and raised in San Francisco’s Mission district, Fredrika started her dance training at age 5. When she was 14 years old, she started her hip-hop dance training with the well-renowned choreographer and Mind Over Matter’s director, Allan Frias. She proceeded to dance with his company for 6 years. Since then, she has worked with choreographers such as Kim Epifano, Anne Bluethenthal, Christy Funch, Krissy Keefer, Ramon Ramos Alayo, just to name a few. Fredrika’s broaden experiences have brought her to travel to teach and perform nationally and internationally (Ukiah, Oregon, New York, Cuba, Lebanon, Egypt, and St. Maarteen). 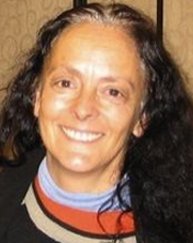 Debbie Taylor moves in the whirld as a dancer, taiko drummer, teacher, ASL interpreter and activist. She currently teaches dance improvisation and composition as a faculty member of the Lines Ballet School. She has taught modern dance in San Francisco, Berlin, Santa Fe and around the U.S. She has both taught and performed with the National Theater of the Deaf. Debbie choreographs her own work, and has danced with Bay Area choreographers Sara Shelton Mann, Kim Epifano, Dance Brigade, Scott Wells and Dancers, Company Chaddick, and others. Nationally and internationally she has toured with David Rousseve/Reality, and with Dance Berlin. She trained extensively in taiko with Grandmaster Seiichi Tanaka of the San Francisco Taiko Dojo and with Jimi Nakagawa. She apprenticed with Somei Yoshino Taiko Ensemble and has performed with Taiko Ren for the last 16 years. Debbie teaches and composes taiko/dance pieces for the Dance Brigade’s youth programs. 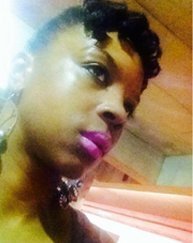 Brandie is a dancer, Hip Hop teacher and San Francisco Native. She trained as a gymnast in her youth, inspiring her to be the dancer she is today, and found the courage to perform in front of large crowds as a High School Cheerleader. Brandie teaches youth dance classes at Dance Mission, TruDance and private Hip Hop lessons in San Francisco. She has danced in various music videos and has performed with many choreographers, including the Sarah Bush Dance Project. Currently, Brandie performs with Allan Frias’ ‘Mind Over Matter,’ is an honorary member of the Bay Area house of Vogue ‘House of Prolific’ and takes classes at the Community Music Center. She believes that the more you involve yourself in your art form, the more you become one with the Universe. 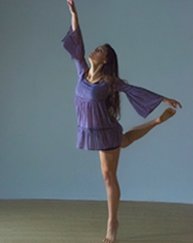 Emma is a San Francisco native who began dancing at Dance Mission at the age of 3. She is a graduate of the Grrrl Brigade program and attended the Dance program at Ruth Asawa School of the Arts. Before becoming a teacher, she trained as a youth program teaching assistant for four years. Currently, Emma attends the University of San Francisco where she is majoring in Psychology and minoring in Performing Arts and Social Justice with a focus in Dance. She has performed in dance festivals including CubaCaribe and Summer Feast, and continues to perform with Dance Brigade. 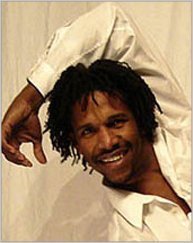 Ramón is a Cuban-born dancer, teacher, choreographer, is well known for his forceful performances and bold choreographic vision. Well versed in both Afro-Cuban modern and folkloric genres, Ramos is fearless in both his dance and choreographic style. At the age of eleven, Ramos was selected by the Cuban government to study dance in Santiago de Cuba and later earned a master’s degree in contemporary and folkloric dance and dance education from Havana’s National School of Art. He was the principal dancer with Compa–’a Teatro de la Danza del Caribe in Santiago de Cuba and Narciso Medina Contemporary Dance Company in Havana, where he was ranked one of the top modern dancers and toured throughout Cuba, Europe, Canada, Belize and the U.S. Since leaving Cuba 1997, he has performed with some of the most respected choreographers in the Bay Area, including Robert Henry Johnson, Kim Epifano, Sara Shelton Mann, Joanna Haigood, Robert Moses and Krissy Keefer. Ramón Ramos Alayo has directed and produced seven full-length performances including Anora–za de Una Epoca (1999), Mis Sue–os, Mis Ideas (2003, 2004); A Piece of White Cloth (2004, 2005, 2009); La Madre (2005); After Rain (2006); Three Threes & Traces (2007); and his latest full-length choreography, Blood + Sugar (2008). Ramón Ramos Alayo has received grants including: CASH (2005); Zellerbach Family Foundation (2005, 2006, 2007); LEF Foundation (2005); and San Francisco Arts Commission (2008). Ramos was also awarded the prestigious Wallace Alexander Gerbode Foundation’s “Emerging Choreographer Award” (2005). In 2003 Ramos co-founded and became artistic director of the renowned annual CubaCaribe Festival of Dance and Music. Since 2004 he continues to teach and choreograph for the Grrrl Brigade, Dance Mission’s program for dance, self-empowerment and leadership for girls 9 – 18. 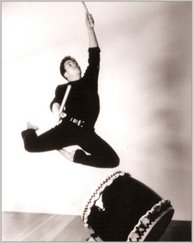 Bruce earned a degree in Modern Dance/Choreography from California Institute of the Arts in 1990 and went on to perform with notable dance and theater companies such as Bill T. Jones/Arnie Zane Dance Co. and Berkeley Repertory Theater. He began his study of Taiko under Grandmaster Seiichi Tanaka in 1993, where as a principal member of the San Francisco Taiko Dojo he toured internationally and performed with some of the great masters of Traditional Japanese Folk Music. Currently, he serves as resident Taiko Instructor/Composer at Dance Mission for Grrrl Brigade, and Dance Brigade for whom his work was nominated for a 2000-2001 Isadora Duncan Award. In October 2010 he will curate the 3rd annual Harvest Moon Taiko Festival at Dance Mission Theater.

The GRRRL Brigade  is an intensive dance/leadership development program designed to provide high quality dance training, performance opportunities, and a sense of self-empowerment for San Francisco’s girls ages 9 to 18. Our goal is to give the girls, their parents, and our audience the inspiration, magic, and hope only evocative dance theater can spark in creating a just and peaceful world.

The girls are instructed by some of the San Francisco Bay Area’s leading dance and taiko artists. They take weekly classes in Modern-Jazz, Afro-Cuban Modern, Hip Hop and Taiko (Japanese drumming) from September to May and are encouraged to create their own choreography. The GRRRL Brigade performs around the Bay Area each year including “The Revolutionary Nutcracker Sweetie: The Kidz Version”, an alternative take on the holiday classic & “Peace On Earth and Justice For All”, our new winter show presented at Brava Theater; and a spring show at Dance Mission Theater written and choreographed by Dance Brigade staff and the girls, focusing on issues facing girls today and honoring great women past and present.