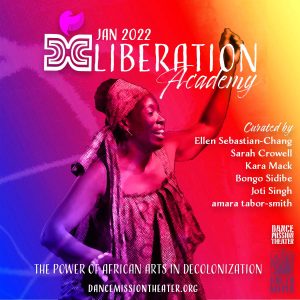 January: The Power of African Arts in Decolonization
* Virtual Round Table: Tuesday, January 18 4:30-6:30pm PST
* Live/Livestream (Hybrid) Workshop: Sunday, January 23 11am-12:30pm PST (NOTE: Due to the uptick in COVID cases, the workshop is only online).

Roundtable Jan 18: While formal European colonization of African countries has ended, the effects of colonialism remain: structurally, culturally and psychologically. What is the role of the arts in decolonization? As the process of decolonization carries forth from generation to generation, how are artists from the African continent bringing about changes in consciousness through their art forms?

Workshop Jan 23: Movement, music and stories unite in this multifaceted workshop with Bongo Sidibe and a guest facilitator.

ABOUT THE  ROUNDTABLE PANELISTS 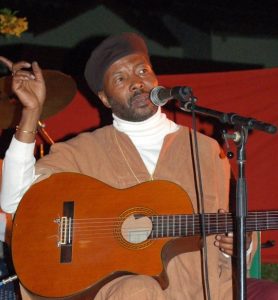 Dr. Yacine Badian Kouyate holds a Ph.D. in Molecular Biology from the University of California at Davis, and a Master of Science in Genetics from Moscow State University in Russia.

Dr. Kouyate has conducted and published scientific research in academia and the biotechnology industry in the areas of plant virus interaction, genetics and immunodiagnostics including a patented method and device for HIV analysis and research.

A student of cultural history Dr. Kouyate stewards the wisdom and traditions of thousands of years of the Bambara and Dogon peoples.  As a consultant for the Timbuktu Educational Foundation, Dr. Kouyate participated in the making of the documentary, “Timbuktu: The Untold Story”, produced in 2003.

His teaching and speaking engagements – on the music and spiritual traditions of Africa, microbiology, the intersections of ancient wisdom and modern science, and other topics – have taken him to Stanford University, UC Berkeley, UC Davis, California Institute of Integral Studies, Mills College, Naropa Institute, New York University, Columbia University, Wisdom University to name a few. 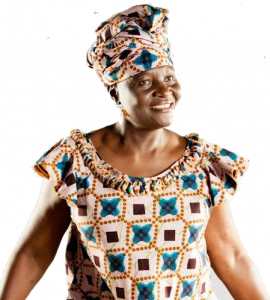 Mabiba Baegne is an internationally acclaimed teacher, drummer and choreographer of traditional and contemporary African Dance. Mabiba was born in Congo Brazzaville and initiated into dancing by her grandparents at the age of eight.

Mabiba is an inspiring drummer. In addition to her Congolese dancing, Mabiba has studied West African dunun drumming with master drummer Famoudou Konate in Guinea and she was the first woman to teach this form in the United States. Mabiba is also an acclaimed singer and has toured and recorded with Salif Keita, master drummer Mamady Keita, and Samba Ngo. 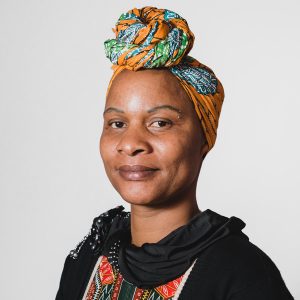 Julia Tsitsi Chigamba, founder and director of the Chinyakare Ensemble (https://www.chinyakare.com/), grew up in the rich cultural traditions of Shona music and dance. She is the daughter of the highly respected gwenyambira, Sekuru Chigamba, and was a longtime member of Mhembero, the Chigamba family dance and mbira ensemble, as well as the National Dance Company of Zimbabwe. Julia came to the US in 1999. Two years later, in Oakland, California, she established the organization Tawanda muChinyakare and the music and dance company Chinyakare to share the beauty and wisdom of her culture. Julia continues to teach dance, music and culture in Oakland schools and in the community. 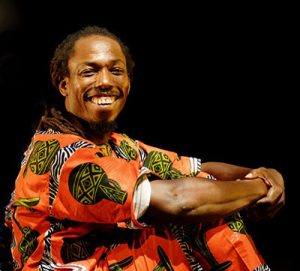 Fara Tolno is an artist and educator who specializes in Guinean music and dance. Fara spent nine years as the lead drummer for Les Merveilles de Guinea (The Wonders of Guinea) under the tutelage of West Africa’s most influential director and choreographer, Kemoko Sano. Living in the United States for the past 15 years, Fara has shared his powerful presence as a performer and teacher in communities across the country, as well as performing with many of the world’s premier musicians including Mamady Keita, Burning Spear, Neil Young, Sekouba Bambino, Otis Taylor, Joe Cocker, Youssou N’Dour, Salif Keita Habibe Koite, B.B. King, Oumou Sangare, and many more. Fara’s performance style has been described as mystical as he dazzles audiences around the world.
​
Fara is the first among his peers to earn a Masters of Fine Arts in Dance, aiming to increase the professional recognition of African Dance in the United States. His extensive knowledge make him a sought after artist, not only in the USA, but internationally as well. His artistic works explores the complexities, influences, and impact of West African music and dance in the United States, integrating traditional and modern aesthetics. He is truly changing the fabric of how West African dance is received in this country at a University level, societal level and community level. Many dance forms have their roots in African Dance, and Fara Tolno is bringing that to light in a powerful and accessible way.

​Fara is the founder of the non-for- profit organization, Kissidugu Foundation. Kissidugu Foundation is committed to creating sustainable and equitable opportunities for individuals and communities, through civic dialogue, education, cultural preservation and the perpetuation of Guinean music and dance. Kissidugu, also presents a drum and dance camp called Camp Merveilles in Arizona, Utah and Hawaii. Camp Merveilles brings world-class artists from all around the African Diaspora to share their cultural arts and heritage.

Fara has developed Project Drum, a business designed to provide rhythm based educational and teambuilding services to schools, organizations, teams, music educators and corporations. Rooted in the rich musical traditions of West Africa, Project Drum strives to bring people from all walks of life together for a joyful and enriching experience. Through this program Fara works with students, trains teachers and performs in schools, sharing West African music, dance, and culture, and ways to implement this music into the classroom.
​
Fara also provides access to the rhythms of Guinea through his Rhythm Reference Project, the most comprehensive audio and notation library ever compiled for West African Drumming. This project provides instructions and audio tutorials on over 50 traditional rhythms, all recorded by Fara.

2 Responses to The Power of African Arts in Decolonization