The Body as the Drum

The Body as the Drum 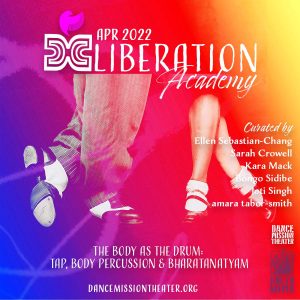 Roundtable: BIPOC have always found a connection to the heartbeat of the universe through the drum. The drum has been used throughout history as a way of celebrating, grieving, gathering, and communicating. The body has also been used as a drum in many cultures in different ways. When Africans were enslaved in the Americas their drums were taken away, and they used their bodies to create rhythms of survival and connection to their African roots. Body percussion and tap are some of the ways that drums were made from bodies. Bharata Natyam is an ancient South Asian classical dance form, famous for its intricate rhythmic footwork that literally turns the feet into a drum and tells powerful stories through gesture and rhythm. Whether using the body as a drum is for cultural expression or outright survival, body music traditions are rich and worthy of study. In this round table, acclaimed tap, body percussion and classical South Asian dance artists will be in conversation about the utility and artistry of the body as a drum in African diasporic and Indian dance traditions. They will also talk about how the use of the body as a drum has been linked to movements for social justice.

Workshop: This workshop will feature body music traditions from India, Africa and the Americas – tap, Bhangra and body percussion.  With Joti Singh, Antwan Davis, and others. 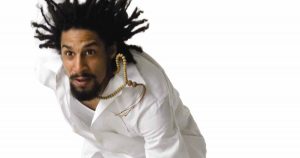 In less than a decade, Jason Samuels Smith (performer, choreographer, director) has emerged as a multi-talented leader in the Art form of Tap. He won both an Emmy and American Choreography Award for “Outstanding Choreography” for the Opening number of the 2003 Jerry Lewis/MDA Telethon in a tribute to the late Gregory Hines. Mr. Samuels-Smith was also awarded a Certificate of Appreciation by the City of Los Angeles for creating the First Annual Los Angeles Tap Festival in 2003; a Proclamation declaring April 23rd “Jason Samuels Day” from the City of Shreveport, Louisiana; the “Ivy of Education” from Brainerd Institute; and the “President Kenny Award” from Stony Brook. He was also the recipient of an Arts International Grant and an Alpert McDowell Fellowship Award and most recently received the 2007 Gregory Hines Humanitarian Award.

In 2004, Smith co-starred in Dean Hargrove’s “Tap Heat,” a dynamic award-winning short film available on DVD. Jason is also a featured dancer in HBO/Universal Pictures’s motion picture “Idlewild ” starring Outkast. Debbie Allen has featured his talents in several productions including the AMC television series “Cool Women,” Sammy (a tribute to the life of Sammy Davis jr.), and in a leading role of Soul Possessed with Patti LaBelle, Arturo Sandoval and Carmen DeLavallade. Other performance credits include the Tony Award-winning Broadway cast of Bring in Da’Noise, Bring in Da’Funk in principal and lead roles, Imagine Tap! at the Harris Theater in Chicago in a leading role, Savion Glover’s NYOTs (Not Your Ordinary Tappers), Cross Currents: Turned on Tap at the Queen Elizabeth Hall – South Bank in London, the 2002-2003 Harlem Jazz Dance Festivals, TAAP: The Art and Appreciation of Percussion , the NY Tap Committee/Town Hall’s 21Below! with Jennifer Holliday, Thank You Gregory: A Tribute to the Legends of Tap, The Cotton Club Returns: A Tribute to Great Jazz Legends, the American Institute of Vernacular Jazz Dance Darktown Strutters Ball Gala, the Career Transition For Dancers 20th Anniversary Jubilee among others.

Smith has performed India Jazz Suites, a dynamic collaboration with Kathak Master Pandit Chitresh Das worldwide. He & Das were awarded the 2007 Isadora Duncan (“Issie”) Award for Best Ensemble Performance and will continue this tour in addition to their latest collaboration India Jazz Progressions which incorporates their companies.

He founded tap company A.C.G.I. (Anybody Can Get It) with most recent appearances to include The Getty Museum Family Day Festival in LA, The New York City Center Fall for Dance Festival, and Sadlers Wells’ Sampled in London. He also produced JaJa Productions band featuring original jazz-influenced hip hop music with appearances throughout the United States. Their first music video “You Need This” had a successful debut in California.

Smith was most recently featured as a Special Guest on Fox’s hit series “So You Think You Can Dance”. As a Bloch Corporate Spokesperson, Jason has worked directly on the development of a new tap shoe to offer quality and affordable options for professional tap dancers. 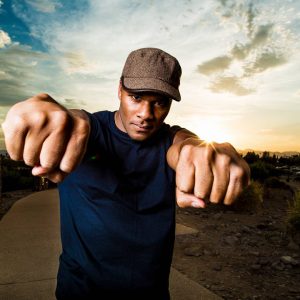 Jason Nious is an actor, writer, body percussionist, performing artist and creative director whose background competing in NCAA gymnastics and creating step teams in high school, church and college launched his career in the arts. Growing up in a military household, he traveled the world and experienced a myriad of cultures at an early age which heavily influenced
perspectives on storytelling and his ability to connect with audiences.

As a performer, Jason has traveled and performed extensively with Cirque du Soleil, Usher,
Step Afrika, Stomp, and the International Body Music Festival. He’s created award-winning
choreography, worked as a cultural ambassador with the U.S. Embassy in Africa, South
America, and Central America. Highlights include performing at Radio City Music Hall, The
Kennedy Center, Kremlin Palace, and the Olympic Stadium in Azerbaijan. He served as
assistant choreographer, dancer, and stunt double for the film Stomp The Yard: Homecoming,
and has performed in dozens of regional theater productions and films throughout his career. He
honed his percussion and performance skills while working alongside some of the most talented
artists and rhythmic historians this world has to offer, all of which strongly influence the work he
does today as a teaching artist.

Currently, Jason facilitates Molodi’s arts education program which reaches over 20,000 students per year. He serves as an arts integration consultant with Focus 5, and has worked as a teaching artist with Cirque du Soleil’s Arts Nomades, Cleveland Playhouse’s CARE program, and The Smith Center’s education outreach program. He is an Artist In Residence with the Museum of Dance, the education chair of the LAB LV Theater Company, and regularly conducts in-school residencies through the Nevada Arts Council. Jason received his BA in Theater from the University of New Mexico. 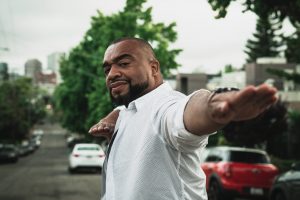 Antwan Davis is a multi-percussionist that has Co founded the Las Vegas based performance arts company Molodi, performed with the Las Vegas and North American production of Stomp, and tour nationally with Step Afrika. He is actively performing and teaching workshops and residencies in the U.S and internationally.

“My passion is people, I love connecting, inspiring, sharing and creating with people.” -Antwan Davis

He has been engaging audiences for 14 years with body percussion and stepping. As a performer, he thrives on breaking down musical and genre barriers through creative, interdisciplinary projects. As a teacher he is enthused by creating community through body music, giving people a different outlet of expression. As an artist, Antwan has expanded his artistic crafts by becoming an improv actor and stand-up comedian. He strives to grow to become a better teacher, performer and person. 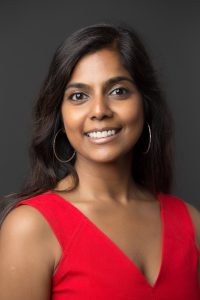 Ahalya Satkunaratnam is a dancer and Associate Professor of Humanities at Oakton Community College. Her book, Moving Bodies, Navigating Conflict: Practicing Bharata Natyam in Colombo, Sri Lanka (Wesleyan Press, 2020), was awarded the Buena de la Torre® First Book Award by the Dance Studies Association. 2022 marks the release of her dance film, AGNI, which she choreographed and produced. The thirty-minute film investigates the Vedic God of Fire as a giver of life, and force of death. For the past ten years, her research and creative work have largely focused on dispossession and global war. She lives on the traditional and unceded lands of many Indigenous peoples, including the Council of Three Fires: the Ojibwe, Odawa, and Potawatomi Nations (Chicago).