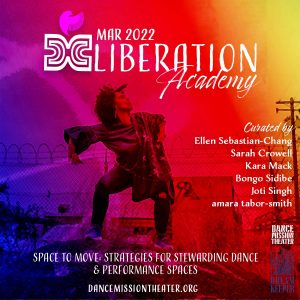 Workshop: “We need our OWN space!” How many BIPOC dance and performance artists have made this statement? What does it take to embark on or continue to steward a dance/performance space in the U.S. 2022? This workshop is a follow up to the roundtable discussion and will focus on the logistics and realities of stewarding a dance and/or performance space in the 2020s. Topics will include, understanding rental/ leasing agreements for commercial space, how to calendar/program a space, what to know if considering collaboration, how to approach running a space with a decolonial framework, and ritual practices for acknowledging what it means to steward space on stolen land. Facilitated by Cristy Johnson Limon, amara tabor-smith, and Sarah Crowell.

ABOUT THE ROUNDTABLE SPEAKERS 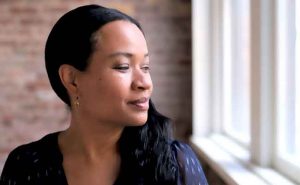 Raissa Simpson is a scholar/interdisciplinary artist whose award-winning choreography is at the intersection of racial and cultural identities and centers around discourse on the complex experiences of racialized bodies. She claims mixed heritage by way of African-descended sharecroppers from Mississippi and as a daughter of her immigrant mother from the Philippines. She founded PUSH to examine the body as a site for racial discourse and since then has toured and performed in over 50 venues.  Raissa has presented her work at Aspen Fringe Festival, Joyce SoHo, Dance St. Louis, Ferst Center, Evolve Dance Festival, Los Angeles Women’s Theater Festival, Links Hall, Black Choreographers Festival and many others. She has held residencies at Dance Initiative Carbondale, Bayview Opera House, Sacramento State Univ. Margaret Jenkins Chime, CounterPulse and has collaborated with such distinguished artists as Idris Ackamoor & The Pyramids. As an educator she has served on such faculties Stanford University, San Jose State and as guest with ACT, Santa Clara University, UC Davis, Sacramento State, SF State, Alonzo King Lines Dance Center, Ferst Presents, San Jose Dance Theatre, Marin School, and many others. In 2008, she founded the school which is now known as PUSH Conservatory. Raissa has had the privilege to mentor and train the next generation of artists in the San Francisco Bay Area. She is an active participant of Dancing Around Racet, a cohort of artists that presents a spectrum of aesthetic perspectives, creating conditions for BIPOC artists and communities to thrive, while confronting systemic racism. She regularly attends events by the African American Theater Alliance for Independence (AATAIN), a consortium of San Francisco-based African American arts organizations that create work deeply rooted in the Black experience. Her collaborations include working with such artists as Idris Ackamoor & The Pyramids, UNWOMAN and Miles Lassi, among others. Raissa began her training at Glenna Bell Moening’s Dance Art Studio and later continued on to San Jose Dance Theatre. She received a Regional Dance America award to study at Iowa University and later went on to attend the schools of Cleveland Ballet, Central Pennsylvania Youth Ballet, Dance Theatre of Harlem, and the Paul Taylor School.  She received her BFA from SUNY Purchase. Her works have been honored with awards from the Magrit Mondavi Award, Choreoproject, San Francisco Arts Commission, Zellerbach Family Foundation, San Francisco Foundation, Kenneth Rainin Foundation, Phyllis C. Wattis Foundation, Fleishhacker Foundation, Grants for the Arts and the Dream Keeper Initiative. Prior to her tenure at PUSH, Simpson had an extensive performance career in San Francisco with Robert Moses Kin and Joanna Haigood’s Zaccho Dance Theatre. Throughout her career, Simpson’s pieces do not reside merely on stage — but are also site-specific installations in public spaces — like museums and city centers. Her work is sweeping, vibrant, multi-layered, and socially relevant, often involving aspects of creative technology. Village Voice dance critic Deborah Jowitt notes, “Simpson dances big.” 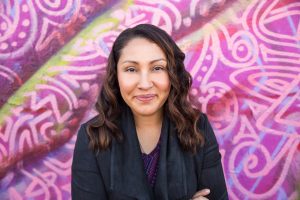 Cristy Johnston Limon, MBA – A Bay Area native, Cristy is a cultural and community developer, strategist, and executive leader with over 15 years of experience leading nonprofit organizations in service to social justice, healing, and transformation. Cristy is currently Executive Director at the Haas School of Business’ Center for Social Sector Leadership, which trains and supports social impact leaders and organizations to advance social change. Prior to joining Haas, Cristy was Executive Director of Youth Speaks, a national spoken word and literary arts organization centering young people’s voices and civic engagement. Cristy succeeded Youth Speaks founder, integrated a racial equity framework across the organization’s operations and culture, and designed and executed the completion of an affordable long-term arts and cultural space for Youth Speaks and their co-location partner First Exposures in San Francisco’s Mission District. Cristy completed a similar place-based arts and cultural space during her tenure as Executive Director at Oakland’s beloved anchor creative youth development organization Destiny Arts Center. Cristy grew up in the Mission, attending public school where bilingual education, dance, music, thear and sports ignited a commitment to create spaces where all young people can thrive. Her work is at the center of place-based development, building sustainable, community-led organizations by developing leadership within and among stakeholder communities. Cristy earned her MBA from the Haas School of Business and has a BA in Political Science also from U.C. Berkeley. 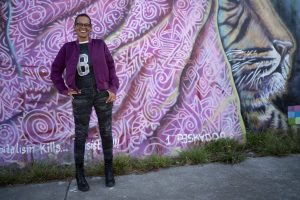 Sarah Crowell has taught dance, theater and violence prevention for over 30 years. She just recently left her position as the Artistic Director at Destiny Arts Center in Oakland, CA where she served in different capacities from 1990-2020, including Executive Director from 2002-2007. She founded and directed the Destiny Arts Youth Performance Company from 1993-2020, which has been the subject of two documentary films, and won the National Arts & Humanities Youth Program Award. Sarah has facilitated arts integration, violence prevention, cultural humility and team building professional development sessions with artists and educators since 2000, both locally and nationally. She is the recipient of the KPFA Peace award, the KQED Women’s History Local Hero award, the Bay Area Dance Week award, the Alameda County Arts Leadership award, and the National Guild for Community Arts Education Milestone award. She is also a four-time finalist for a Tony Award for Excellence in Theater Education.  Sarah is a retired professional dancer, having performed and toured with numerous dance and dance/theater companies including Impulse Jazz Dance Company in Boston and the Dance Brigade in San Francisco.  She also co-created the dance/theater company i am Productions! She believes that the arts are an essential component of the journey to social justice, especially art forms that involve moving the body. She believes that movement must be part of all movements for social change. Sarah now works as a full-time consultant with arts and educational organizations, and foundations.  She facilitates collaborative experiences to strengthen all levels of organizational culture, using movement, mindfulness, large and small group reflection and dynamic, playful exercises that engage and challenge everyone. 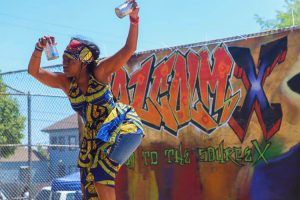 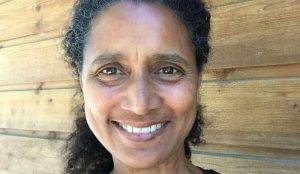 Joanna Haigood, Artistic Director of Zaccho Dance Theater, has been creating work since 1980 that uses natural, architectural and cultural environments as points of departure for movement exploration and narrative. Her stages have included grain terminals, a clock tower, the pope’s palace, military forts, and a mile of urban neighborhood streets in the South Bronx. Her work has been commissioned by many arts institutions, including Dancing in the Streets, Jacob’s Pillow Dance Festival, Walker Arts Center, the Exploratorium Museum, the National Black Arts Festival, and Festival d’Avignon. She has also been honored with the Guggenheim Fellowship, the Herb Alpert Award in the Arts, the United States Artist Fellowship, and a New York Bessie Award. Haigood is also a recipient of the esteemed Doris Duke Artist Award. Joanna has had the privilege to mentor many extraordinary young artists internationally at the National École des Arts du Cirque in France, the Trinity Laban Conservatoire of Music and Dance in England, Spelman College, the Institute for Diversity in the Arts at Stanford University, the San Francisco Circus Center and at Zaccho Studio. 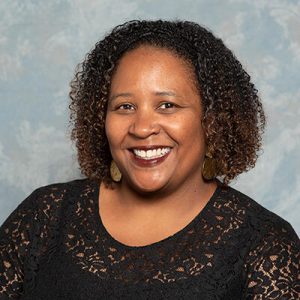 Kendra Kimbrough Barnes, ​​has studied Contemporary, African, Brazilian, Indian, Dunham & Horton dance techniques. She has performed with the late Malonga Casquelourd’s Fua Dia Congo, Chitresh Das’ Chhandam School of Kathak Dance, and Carlos Aceituno as well as projects with Donald Byrd, Robert Moses, Bebe Miller, Bill T. Jones, and Rosangela Silvestre. In 1996 she founded the Kendra Kimbrough Dance Ensemble (KKDE). Most recent works include notable dance-dramas: ReDzONE, In The Meantime, and Angst in collaboration with Delina Patrice Brooks. Currently Ms. Barnes is collaborating with Oakland veteran vocalist Jennifer Johns on Resilience In-Joy, cultivating and choosing joy in the midst of struggle. She has been a guest choreographer for San Francisco State University Dance Department, Dimensions Extensions Youth Performance Ensemble, Move Dance Theater of Oakland, and Abundant Life Christian Fellowship (staging a 100+ cast for a 4,000+ audience). KKDE has presented work at the East Bay Dance Festival, Alice Arts Center, the Black Choreographers Festival, Summerfest/WestWave Dance Festival, ODC Pilot, PUSHfest and Dance Mosaic. Barnes has taught dance to adults and children of all ages through Dimension’s Rites of Passage program in Oakland at the Malonga Casquelourd Center for the Arts and jazz, Pilates and yoga at San Mateo, Laney and SF City Colleges. She has been an artist in residence at the Headlands Center for the Arts and CounterPULSE. Her work as co-choreographer (with Latanya d Tigner) for CalShakes’ Black Odyssey was a finalist for the Theater Bay Area Best Choreography Award and she was the 2018 recipient of a Broadway World award for Best Choreography as Choreographer for the African American Shakespeare Company’s (AASC) production of Ntozake Shange’s For Colored Girls Who Have Considered Suicide / When the Rainbow Is Enuf. Other work includes AASC’s “Black Eagles” and Crowded Fire Theater’s “INKED Baby”

Barnes is also co-founder/director for the Black Choreographers Festival (BCF), along with Laura Elaine Ellis (AAAPAC). Since 2005 BCF has served local, national and international artists with over 150 public events, acknowledging the diverse artistic expression within the context of African and African American dance and culture. Under her direction, K*Star*Productions, the presenting organization for BCF and KKDE, has received funding from the City of Oakland Cultural Arts Program, CA$H, The Irvine Foundation, the Zellerbach Family Fund, Alameda County Arts Commission, East Bay Community Foundation, California Arts Council, Alliance for California Traditional Arts, and The Walter and Elise Haas Fund Foundation. Barnes holds a BA in Dance from San Francisco State University and a MA in Arts Administration from Golden Gate University. She graduated with honors and is a recipient of the “Who’s Who Among Students in American Universities and Colleges” Award and “Who’s Who Among American Women.” A long time community and adjunct dance instructor she currently teaches dance at UC Berkeley and freelances as an administrator, teacher, and choreographer.