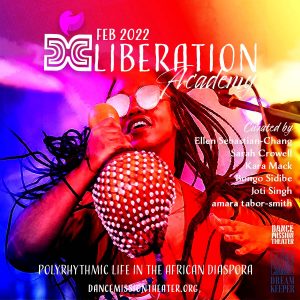 Roundtable: Any African Diasporic artist comes with the responsibility of carrying the ‘weight of glory’; every artist must serve their communities. There is never a sense of anyone having a little task because everything counts and contributes to the village. Under a polyrhythmic worldview where when everyone sticks to their individual parts and commits to living their purpose consistently, then the ensemble is created as a whole. What part do you play? How does your art serve your community and how could you be more intentional in not just keeping your part, but fighting hard to not dim your light, soften your sound, or calm your footsteps down?  With guests: Delina Brooks,  Talise Campbell, Magatte Sow, Weedie Braimah. Moderated by Kara Mack.  Film: Djembefola

Workshop: Traditional music and dance class teaching the basics of one Mandingue rhythm in order to experience how and why art is a lifestyle and not soley for performance. Facilitated by Kara Mack. 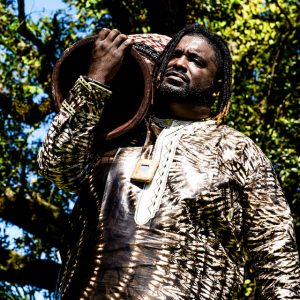 Weedie Braimah is a djembefola—a master of the djembe, a West African drum with a hollow wood body and an animal skin stretched and fastened over the top, the origins of which date back to the 12th Century. Braimah, who was born in Ghana and raised in East St. Louis, is the product of a family whose musical history goes back centuries. His father, Oscar Sulley Braimah, was a master drummer and composer whose Uhuru Dance Bandmade remarkable records that bridged the gap between jazz and traditional African music. Braimah’s mother, Ann Morris was a gifted jazz drummer, and his great-uncle Idris Muhammad played with everyone from Grant Green and Horace Silver to Pharoah Sanders and Roberta Flack, while also leading his own ensembles.

Braimah’s latest album The Hands Of Time puts the interconnectedness of African diasporic music into practice. Featuring a variety of collaborators from around the world, compositions like “Full Circle,” “Express Train to Bamako,” and “Send for Me” deftly fuse jazz with hip-hop and funk, while the sound of the djembe and the spirit of West Africa gives these modern styles a timeless pulse. 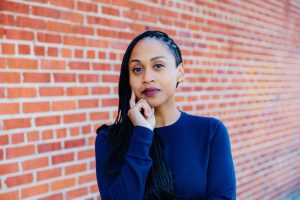 A member of several Bay Area theater and dance companies, Delina was also the movement director for Casa de Spirits, a play written & directed by Roger Guenveur Smith for Campo Santo. She wrote and produced the Izzie-award winning evening-length play, “An Open Love Letter to Black Fathers” and the short film series “Bare Soles Bare Soul”, whose premiere sold out at Oakland’s Historic Grand Lake Theater. She’s toured the U.S. and Western Europe with The Living Word Project and Youth Speaks, and choreographed and danced for Nas & Damian Marley, Kanye West’s Sunday Service at Coachella and Chance the Rapper on SNL among others.

In 2018, Delina transitioned into the TV/Film industry and has since supported Showrunners and Directors with shows on HBO, Fox, Hulu, Disney/Freeform, ABC and NBC. www.DelinaDream.com 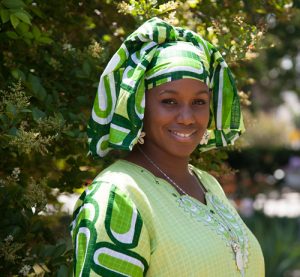 Talise A. Campbell is a graduate of the Cleveland School of Arts having double majors in dance and drama. She went on to become a member of the Imani African American Dance Company under the direction of Ms. Linda Thomas-Jones. There she performed across the United States and taught at various universities, public/private schools, and community functions. Ms. Campbell went on further to become choreographer and lead dancer for the Iroko Drum and Dance Society, being featured at the Palace Theatre for “Best International Works.” She has studied with the likes of Marie Basse-Wiles, Babacar N’Diaye, Assane Konte, Mouminatou Camara, Ronald K. Brown, Tacko Cissokho, Raymond Sylla, Bill Wade, Kissima Diabate, Moustapha Bangoura, and Baba Chuck Davis to name a few.

Combining a love for dance and educational growth, Ms. Campbell obtained both her undergraduate and graduate degrees from Cleveland State University in the field of Education and Administration. She went further to become an Artist in Residence at the Cleveland School of Arts teaching African history, choreography, culture, and dance. She then became a full time faculty member teaching students with learning disabilities through the integration of the cultural arts.

Currently Ms. Campbell is the Artistic Director of Djapo Cultural Arts Institute where her mission is to preserve traditional music, dance, and history through her Community Dance & Drum outreach programs. She teaches at the Cleveland School of Arts, Open Doors Academy, Save Our Children, Cuyahoga Community College, Case Western Reserve, Cleveland State University, and at many other organizations and facilities. Ms. Campbell is a 2012 Creative Workforce Fellow and recipient of the Ohio Outstanding Educator Award. She has been afforded the opportunity to travel to various countries in Africa to assist with bringing traditional dance and music back to the states. She plans to receive her Doctoral Degree researching the effects of the integration of the arts comparing students in Dakar, Senegal with students in urban settings in America.

Communities Dancing, Drumming, Celebrating and Preserving our Rich Culture. “Dance is the hidden language of the Soul.”  http://djapo.com/about-us/ 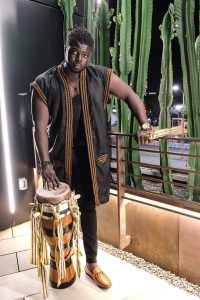 From an early age, percussionist Magatte Sow was surrounded by West African music and dance and innumerable artists from around the world. Mr. Sow studied djembe with his father Malik Sow and Kissima Diabate; sabar with Omar Mboup, Chiekh Tirou Mbaye; and tama with Ndongo Mbaye. This performance marks his San Francisco Symphony debut.

Mr. Sow appeared in the movie Amistad; has been featured on albums of Ashley Maher, Angélique Kidjo, and Rob Thomas; and has performed at the Nobel Peace Prize Awards. He has collaborated with artists including Stevie Wonder, Earth Wind and Fire, The Very Best, Andre Manga, Munyungo Jackson, Leon Mobley, Youssou N’Dour, Baaba Maal, Salif Keita, John Legend, Jill Scott, Janelle Monáe, Dianne Reeves, Kara Mack, Raja Kassis, Paulo Stagnaro, and Pedrito Martinez. Mr. Sow has toured with Debbie Allen as percussionist and cast member of her musical Oman Oman, and, for the past nine years, has been the percussionist for Angélique Kidjo, winning his first Grammy for his work on her album Eve.  Along with tama player Massamba Diop and singer Baaba Maal, Mr. Sow performed as soloist on Ludwig Göransson’s film score for Black Panther.

In Los Angeles, Mr. Sow is a member of his father’s group Fara Toro, and in Senegal, a member of Generation Percu and Kondiof. He continues to return to Senegal to further his connection to the country through music.  (https://www.magattefall.com/)