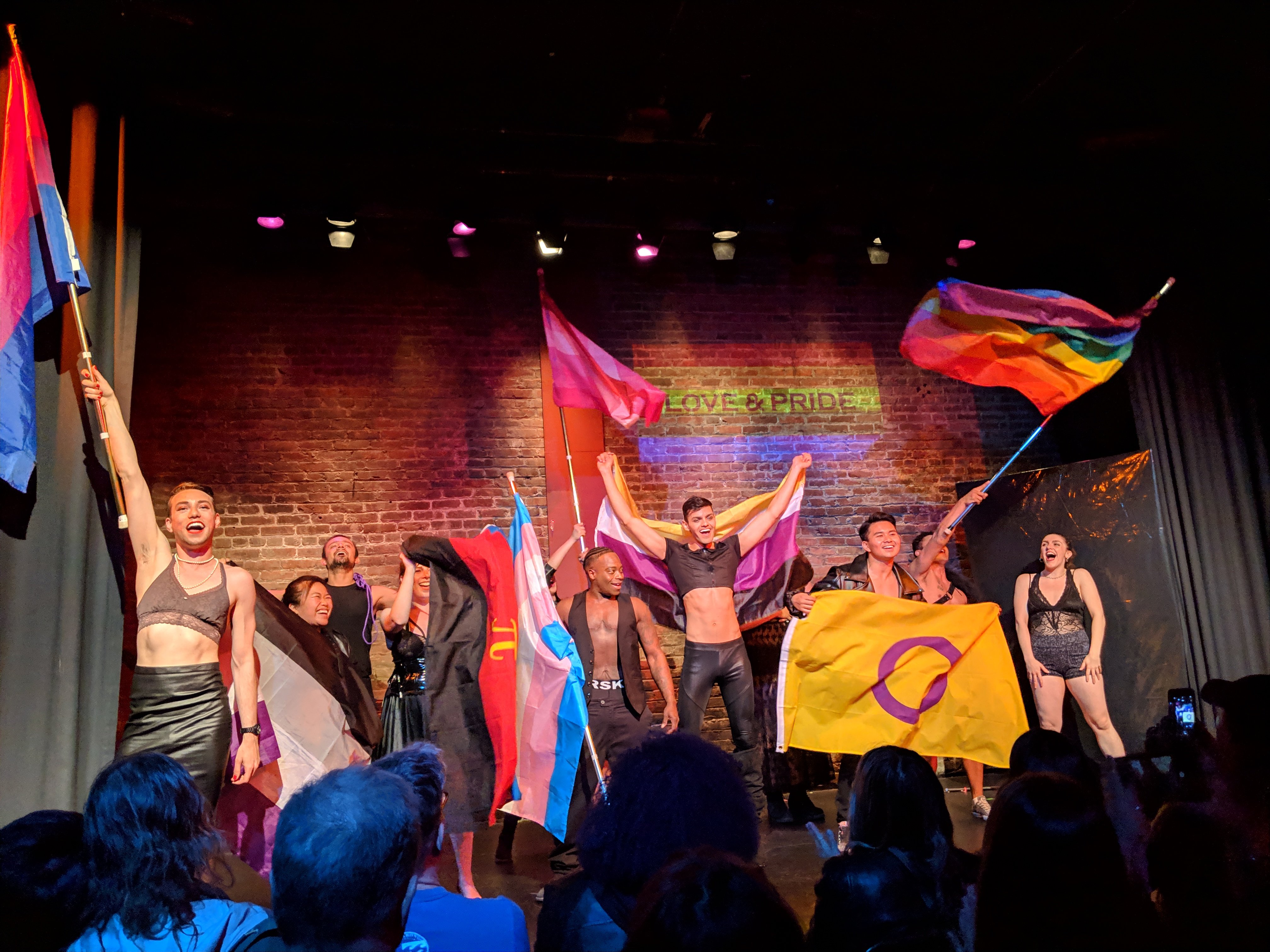 Past Events, Shows and Events

LOVE & PRIDE is an innovative new musical about identity and dialogue. It features six characters who identify at different points along the spectrums of gender, sex and sexuality, and the conflicts that arise within themselves and with their relationships, due to those identities.

Love and Pride opens on Bay to Breakers, San Franciscos annual 12k run that is heavy on costumes, light on competition, and optional on clothing. The shows opening number, Summer in San Francisco, declares that you can be whatever you want in SF, and introduces a lively cast of characters who want to believe just that: Aphrodite, an outspoken genderqueer pansexual; Alexander, her best friend and band mate who is uneasy with the LGBTQ+ community; Aurora and Ash, a lesbian couple going through major changes; and married couple Abigail and Andrew who are not as conservative as they appear to be. These individuals intermingle, transition, come out, fight, laugh and fall in love against the backdrop of iconic San Francisco events, from Outside Lands to the Folsom Street Fair, and of course, Pride.

This play is full of drama, heartfelt stories, and hilarious comedy. The music and dance numbers span the genres of pop, rock, jazz, reggaeton and more. This is a musical unlike any other…and a show you do not want to miss!

There will be a discussion of the play and its topics following each show.  All attendees are welcome to participate in the discussion.