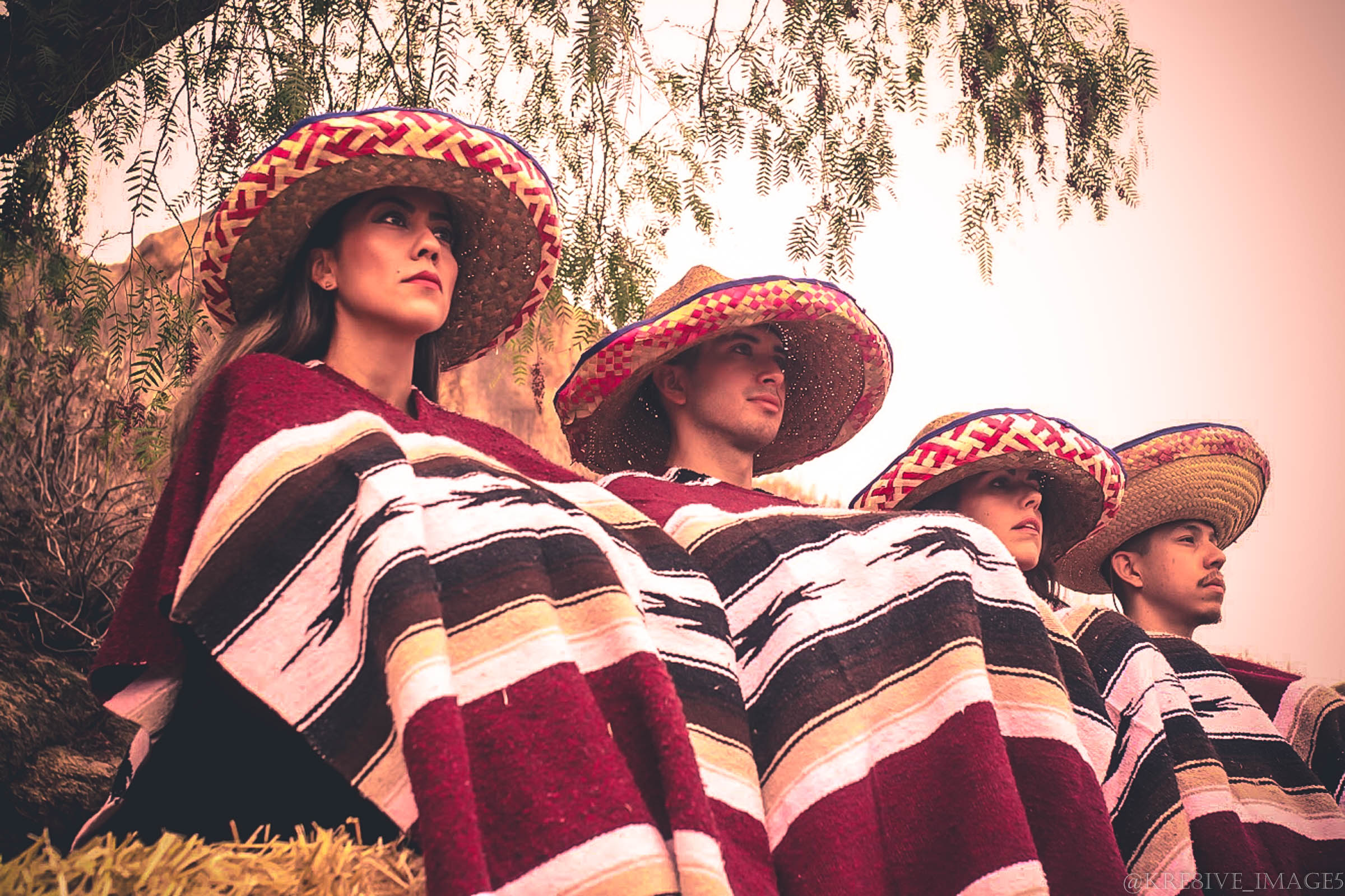 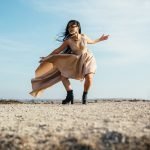 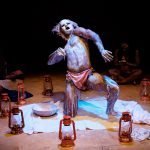 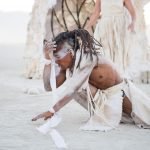 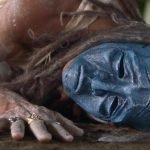 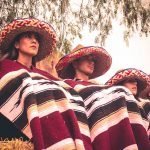 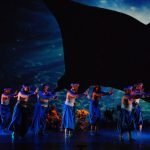 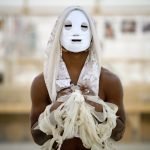 The 4th Biennial D.I.R.T. Festival — Dance In Revolt(ing) Times – this year focuses on ideas and concerns surrounding Global Warming and displacement due to environmental change, with an emphasis on artists from island nations.
Two weekends, March 9-17
For tickets and information: dancemissiontheater.org/
Tickets: $20-$30. On sale February 1.

SAN FRANCISCO, CA – January 22, 2019 – Dance Mission Theater announces D.I.R.T. Festival, the biennial social political dance festival now in its fourth year, with two different programs over two weekends, March 9-10 and March 16-17. D.I.R.T., which stands for Dance In Revolt(ing) Times, this year focuses on the theme storm SURGE, featuring 17 artists exploring ideas and concerns surrounding Global Warming and displacement as a result of environmental change, with a special focus on artists from island nations and front line communities. Performances are Saturday, March 9 and 16 at 8pm and Sunday, March 10 and 17 at 7 pm. Special events include a pre-show performance by Javier Stell-Frésquez at the 24th Street BART Plaza on March 16 and 17 and a special panel discussion on Saturday, March 17 at 2 pm, entitled Art and Social Change: Can Art Really Change the World? This event will include the showing of work by Polina Smith and Jesse Bie and a panel of guest speakers. Admission for the panel discussion is free. Tickets for D.I.R.T. 2019 are $20-$30, available at dancemissiontheater.org/ beginning on February 1.

D.I.R.T. Festival Co-Director Stella Adelman explains, “There are many ways that an artist may address such challenges – be it from the content of their choreography, to looking at who has a voice, to their process.”

Adelman adds, “Climate change is the defining subject of our time,” citing a recent UN report that specifies the urgency. She adds, “It is the role of the artist to make sure that the global impact of climate change is on everyone’s mind so that we don’t become complacent – that we inspire, that we educate, that we ‘find joy in the revolution.’”

Tigre Bailando, born and raised in Philadelphia now residing in Oakland performs interactive mask theater on city streets across the world and teaches mask-making and performance techniques to students from pre-school to adulthood.

Danza Puerto Rico performs Pandeo Incesante, created as part of the project Danza Contacto Puerto Rico and presented in Cuba and Puerto Rico in 2018. Created before prior to Hurricane Maria in 2017, Pandeo Incesante is a response to deplorable conditions in Puerto Rico, including colonial life, natural phenomena such as hurricanes, economic instability, disguised federal imposition, unemployment and fierce labor competition and the emotional imbalances related to these problems.

Oakland-based BoomShake Music is a multicultural music and storytelling program for all ages run by a collective of community-oriented artists. BoomShake trains women, trans and gender nonconforming folks to drum in the streets for our collective healing, survival and resistance, supports fatigued parents to sing long-forgotten stories and imagination in their mother tongue with their children, and explores stories and imagination with young people while playing funky beats as an ensemble.

Yayoi Kambara and Dancers presents EAR/th, an interactive performance installation involving active listening or the Japanese practice of “sympathetic listening,” another aspect of which is shikata ga nai, which translates as it’s no use but to the Japanese is a Buddhist cultural saying for resilience.

Vietnam born Isadora Duncan Dance Awards 2018 nominee, Hien Huynh dances a solo inspired by the vast migration of 1.7 million people away from the Mekong Delta in Vietnam due to 10 years of drought, high levels of salt and a vicious cycle of flooding.

Primera Generación is a collaborative group based in Riverside, California, formed by Alfonso Cervera, Rosa Rodriguez-Frazier, Irvin Manuel Gonzalez, and Patricia Huerta and focused on the visibilization of Mexican American corporeality through movement-based exploration, process and performance. The collective fuses together their eclectic aesthetics to expose el desmadre, or messiness, that is their first generation, Mexican American experience.

D.I.R.T. Co-Director Krissy Keefer and dancers present Butterfly Effect, a site specific installation in Dance Mission’s Studio 30 that simulates a fashion catwalk with political commentary and a 360 degree butterfly video backdrop to deal with both the real tragedy of global warming and the small and insignificant flapping of our wings to make a difference.

Beginning with a metaphorical cleansing of the space. Bananarama performs ROJO. Bananarama explains, “Our collaborative practice seeks to disrupt ways in which white supremacy has influenced Western Dance culture. If this alternative mode of production can dismantle hierarchies within our own communities, perhaps we can dismantle the white supremacy responsible for the degradation of the Earth.”

Keisha Turner, who has both Chicago and Brooklyn roots, dances the solo She Rage, She Wail, She Wash, She Win a new work emphasizing the correlation between our bodies of water and women’s bodies, and our collective disregard, exploitation and desecration of both.

Bay Area based Kyle Limin performs Recede, where the waterlines quickly rise in San Francisco, pushing all of its inhabitants closer together, striving for higher ground.

Using the siguiriya form, considered one of the oldest and most profound styles of flamenco, Kerensa DeMars performs Refugio, focused on the experience of people seeking refuge from food and water shortages, extreme weather, economic uncertainty, oil wars, holy wars, political oppression – whatever the crises that force people from their homes.

Chitresh Das Institute presents an excerpt from Aranya Katha (“story of the forest”) choreographed by Artistic Director Charlotte Moraga based on the famous incident in which Amrita Devi and her daughters martyr themselves to save the trees.

ABOUT DANCE MISSION
Dance Mission connects and empowers diverse Bay Area communities and artists through dance and dance theater, including the production of new works, instruction, and performance. Dance Mission is an artist-driven, feminist organization dedicated to building community, exploring issues of social justice and cultural identity, promoting inclusivity and fairness and creating a more peaceful world through collective action inspired by dance.
In 1975 Dance Brigade Artistic Director Krissy Keefer co-founded the Wallflower Order, the nation’s first feminist dance company. Wallflower toured the nation for almost a decade, and staged many of Keefer’s original pieces before large, enthusiastic and predominantly feminist audiences. Keefer developed a new kind of modern dance theater that was stylistically rooted in the martial arts, in female athleticism, and in social justice issues. Keefer co-founded Dance Brigade in 1984 as a feminist dance company to carry forward her activist feminist vision. Her original works continue to explore social issues such as war, poverty, breast cancer, women’s history, and spirituality from a feminist perspective.

Dance Brigade has created a foundation of mutual support based on its mission, which values building community through arts. The organization has a long history of activism and community engagement. Its women identified feminist values hold social justice and inclusion as highest priority and has nurtured many artists both seasoned and emerging, working with diverse populations. Dance Mission is the preeminent Hip Hop and Caribbean dance school in San Francisco and the welcoming atmosphere encourages seemingly disparate communities to overlap and cross-pollinate. By being financially accessible, the theater, school and company is able to serve the widest possible clientele.
Dance Mission Theater is supported by San Francisco Arts Commission, Grant for the Arts, Zellerbach Family Foundation and generous individuals.
Tickets for D.I.R.T. 2019 are priced at $20-$30 and are available online at dancemissiontheater.org beginning February 1, 2019.

“The diverse artists assembled for D.I.R.T. channel their own anger, fears, frustrations and joys into physical acts – some of provocative beauty.” — KQED Arts

Sunday, March 17 at 2pm
Special Panel Discussion: Art and Social Change: Can Art Really Change the World? Includes a showing of work by Polina Smith and Jesse Bie with a panel of guest speakers. Free admission.